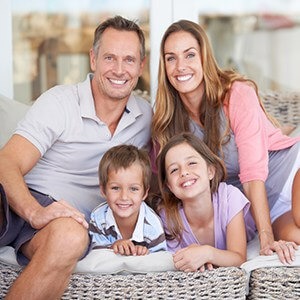 There are different standards the Courts use to decide whether or not to modify a child support order. The standard depends on how child support was awarded in your case – whether child support was decided by a judge after a trial, whether it was set by a written agreement such as a Separation Agreement or a Stipulation of Settlement, and whether the Agreement merged into the Judgment of Divorce or survived the Judgment. The following is a general overview of the standards that Courts traditionally utilized:

Where there is a surviving agreement, the person requesting the modification needs to show an unreasonable and unanticipated change in circumstances. Where there is no surviving agreement but only a judgment or order, the party requesting a modification needs to show a substantial change in circumstances or an inability to be self-supporting. It should also be noted that parents sometimes set forth their own child support modification standards within an Agreement, which they are permitted to do.

However, the New York legislature recently enacted an amendment to the modification statute: Domestic Relations Law Section 236(B)(9)(b)(2), which was effective as of October 13th, 2010. It is uncertain at this time to what extent the new statute alters or changes the above standards. The new statute provides two new bases for a modification of child support. The first basis is the passage of three years since the order was entered or last modified. The other basis is a change of 15% or more in either party’s salary since the order was entered or modified. It should be noted that these two bases give a Court the option to modify the child support order but it does not require a Court to do so.

Keep in mind that the above is merely an overview. Child support modification is a complicated and evolving area of law. In addition, there is a whole body of case law which elaborates upon and discusses the standards outlined above in more detail and applies the law to specific facts. For more information about changing your current child support arrangement, call Danziger Legal and ask to speak to one of our attorneys.